In my previous post, I wrote an article titled “STOP WASTING TIME, YES, SOME LEADS ARE BAD!!!!!!!” Without going into too much detail about that article, it just reminds us, all leads are not created equal, and some could be considered just a waste of time. In this article, I will point out the characteristics of great lead DNA.

Once upon a time, not so long ago, there was born a company that figured out its own growth of the company would be determined by the growth of the people within it. The addition of more salespeople would generate more sales, which in return would produce more revenue, growth, and opportunity. Pretty simple! However, how cost-effective could a company be if it's salespeople were spending more time prospecting than actually selling? And the quest for the best quality lead began.

Outbound, or interruption, lead generation refers to the scenario where you send a message, or messages, directly to your prospects. It is you, not your prospects, that determine the type and timing of each interaction, hence the term interruption.

Inbound is the reverse of outbound. Instead of reaching out to prospects, you lay out a trail of information and incentives (content) that will lead your prospects towards your company. It is the individual prospect who chooses the type and timing of the interaction.

Inbound is popular and successful because it reflects the how we have all evolved to tune out sales and marketing efforts, preferring to research products, services, and solutions ourselves before contacting sales representatives.

Inbound leverages search engines and social media networks to put prospects in contact with your content. One of the main challenges is the rate at which the content trail ages. The most effective content is recent, and social signposts to such content typically disappear from your prospects' screens in a matter of seconds.

So when determining great lead DNA, here are some things to consider

b)     How hot or how cold is the lead? Research and data have uncovered, response time to a lead is critical. According to Harvard Business Review,

“A study, which involved 1.25 million sales leads received by 29 B2C and 13 B2B companies in the U.S. Firms that tried to contact potential customers within an hour of receiving a query were nearly seven times as likely to qualify the lead (which we defined as having a meaningful conversation with a key decision-maker) as those that tried to contact the customer even an hour later—and more than 60 times as likely as companies that waited 24 hours or longer.

Companies are making significant investments to obtain customer queries from the internet, and they should be responding at internet speed. Why aren’t they? Reasons include: the practice of retrieving leads from CRM systems’ databases daily rather than continuously; sales forces focused on generating their own leads rather than reacting quickly to customer-driven signs of interest; and rules for distributing sales leads among agents and partners based on geography and “fairness.” We’re conducting further research to more fully understand the causes and identify possible solutions. However, it’s already evident that most sales organizations need new tools and processes to meet the demands of the online age.”

Based on the data provided, it proves there is a window of opportunity, that if taken advantage of, will give a company and a salesperson a 60% better chance of making a sale.

Question: When is a prospect most interested in your product or service? Answer: The moment they visit your website!

In conclusion, if a company’s goal is growth. And growth is realized by new client acquisition. It just makes sense to accommodate the new qualified prospect, actively pursuing the company, in the shortest amount of time possible! Nothing is quicker or proven more effective than SiteStaff and its highly talented chat hosts meeting and greeting your online visitors. SiteStaff’s results are guaranteed, or the service is free. It’s that simple, so what are you waiting for. Time is the most valuable asset we have.

Please fill in the form below to subscribe to our blog 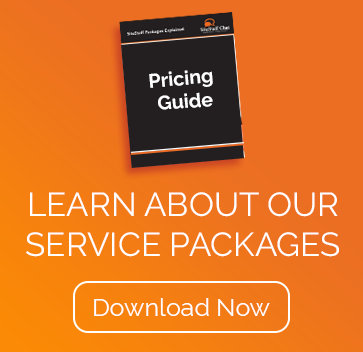